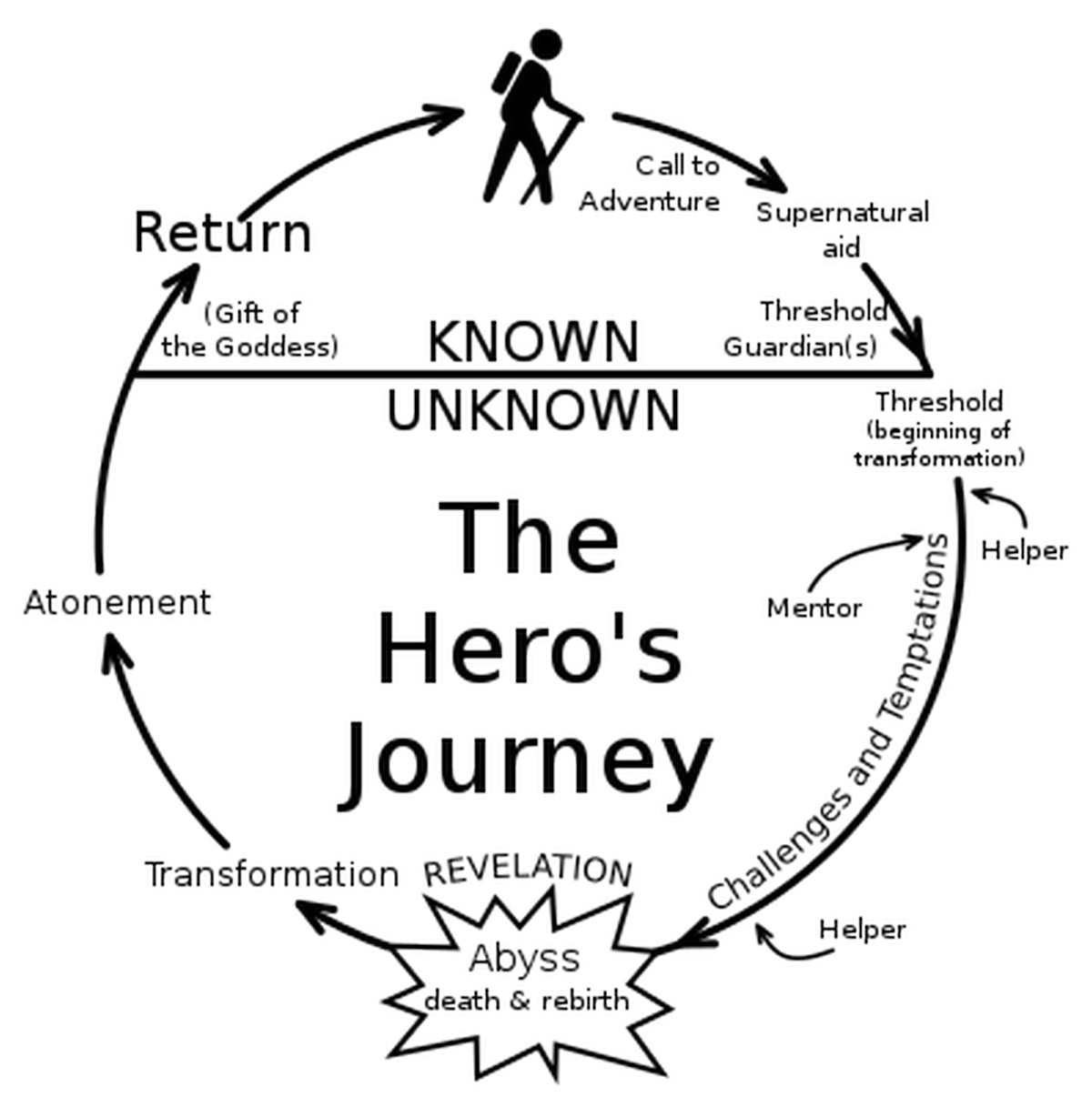 It’s week 4 of the semester. It’s also a short week because of the long holiday.

The plan for this class is simple.

Complete the first draft of your “Hero’s Journey” story. We started this last week.

Here is a brief summary:

If you have finished a first draft of the hero’s journey, and have nothing to do, re-write the next draft of previous work:

Really have nothing to do? Try some more editing.

Read the editing questions below. Click here to read the questions on a MS Word file and see the answers.

Here are three short paragraphs. Find the mistakes (mostly punctuation and spelling, about 10 mistakes per paragraph) and rewrite the paragraph. The answers are below.

January 21, 1976 was an historic day. One that day, two supersonic Concorde aircraft made there first flights one took of from London and the other from paris. Later that year, the first Concorde flew to New York. The flight from London to New York took about three ours. Other planes took twice the time to make that flight! The fleet of Concorde’s was retierd in 2003. Over the years, the planes had carryed more then 2.5 million passengers.

Do you know wear the longest rode on Earth can be found. The Pan-American Highway begins in alaska. It passes through Canada United States and Mexico. Than it continues down the West coast of South America all the way to the Chile. Altogether, the highway passes through 12 countrys. It passes through jungles and mountains the road is about 16,000 miles long.

Add the Articles: Add the correct definite (the) or indefinite (a/an) article or nothing.

Later, he saw ______  real wolf, which was prowling about his flock. Frightened, he leaped to his feet and screamed as loudly as he could, “Wolf! Wolf!” ______  villagers heard him calling for help, but they thought it was just another one of his tricks, and so they ignored him.

Note about featured image: According to Wikipedia, this image is in the public domain.